How it all started...

The heritage of Crosswalk Community Church reaches back over 100 years to the turn of the century and is intertwined with the history of Sunnyvale. Before Sunnyvale was even a city, in April of 1905, a group of 24 people with a heart for God decided to open a Baptist church in Sunnyvale. These initial members met informally in each other's homes and a few other locations before they built their first church building in 1908. The building was located on Frances St. near the current Sunnyvale Town Center. By 1951 the church had grown enough that a second building was needed. Much of the construction was completed by the men and women of the church. However, as the population of Sunnyvale increased, so did the need for a larger facility so the church could continue to serve the city.
. 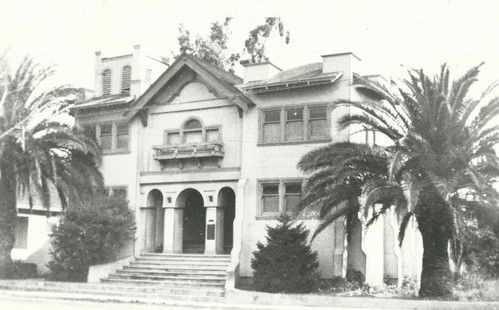 Sunnyvale First Baptist Church has a rich history of outreach and support of the community, 1998 signaled a shift as the new Senior Pastor, John Christie, began to make international missions more personalized and an additional focus. Instead of supporting mission organizations, we began to support and pray for individual missionaries. Pastor Linda Jackson led the first international short term trip to the Philippines in 2003 and we have supported at least one international team a year since then.
Although the international focus had grown, the role in the community did not diminish. However, as Silicon Valley continued to change, so did the vision of the church. In 2000, to be more welcoming to the community in general, Sunnyvale First Baptist Church changed its name to Crosswalk Community Church. By changing names, the church became more open to followers from across denominational boundaries.
From the first meeting of 24 people over 100 years ago to the hundreds who celebrate together today, God has used Crosswalk to touch lives throughout the Sunnyvale and the world. Today we continue to honor that heritage as we learn from the many changes, challenges and opportunities in our past as we prepare for the future. God has formed the Crosswalk family over several generations and we are excited to see where he will continue to take us through current and future generations. 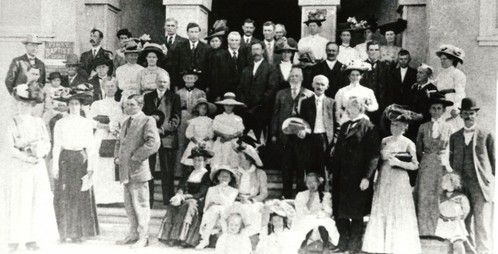 In 1956, three acres of chicken farm was purchased in the less developed part of town: Mary Avenue. The first sanctuary is still standing today - though it has been converted to a Gym. Then, in 1964 a new sanctuary was completed on the front of the property and again met with rapid growth and vitality. As Sunnyvale grew, the First Baptist Church gained a renewed sense of mission and outreach to the community.
As the identity of Sunnyvale changed to become the heart of the Silicon Valley, the church identity began to change as well. A Senior Adult Ministry was started since many of the church members were maturing. At the same time, an influx of young families generated a need for a Christian based school. Being an inter-generational church which could be relevant to seniors as well as young families became one of our primary characteristics.
The need for a Christian elementary school was met in 1979 when Sunnyvale Christian School (SCS) was opened. The school continues today as a ministry of the church. The goal and mission of SCS is to lead children and their parents to Jesus by providing a quality Christian education. The current faculty and staff of 34 men and women assist over 200 students towards a balance of personal commitment to Jesus Christ, intellectual competence and a healthy personal development. 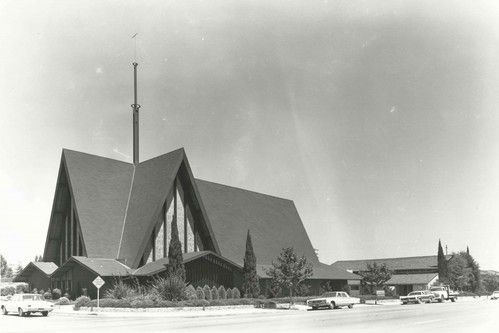 In 2005 we  celebrated 100 years of ministry and created this video as part of the celebration.